The BCI Future is Now

What is different now in 2022 versus when BCI first arrived on the scene? While no single factor led to the explosion of BCI progress and interest in the last five or so years, a confluence of favorable technology trends combined with a critical mass of investment and talent has made BCI a fertile ground for venture-backed startups. 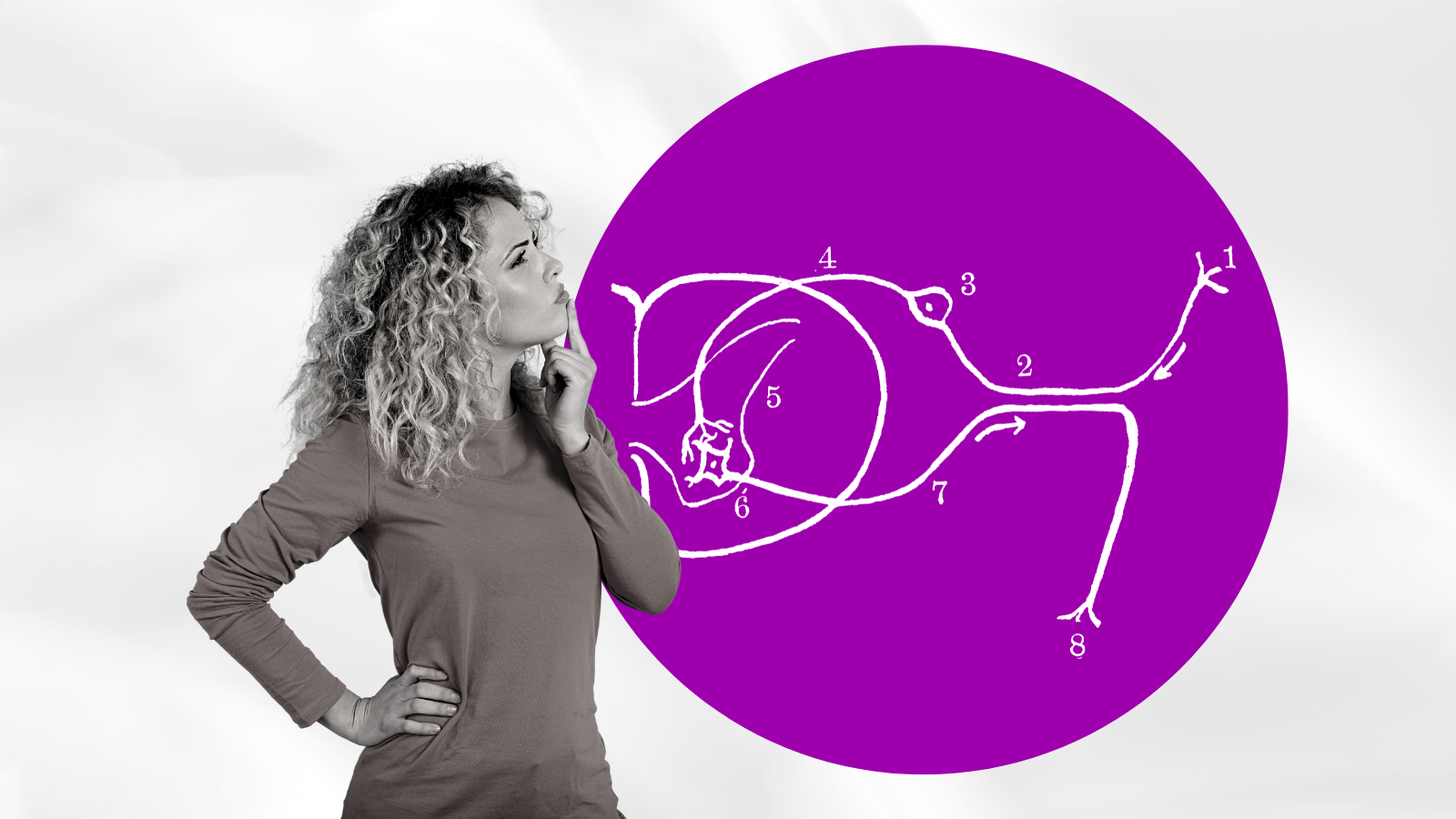 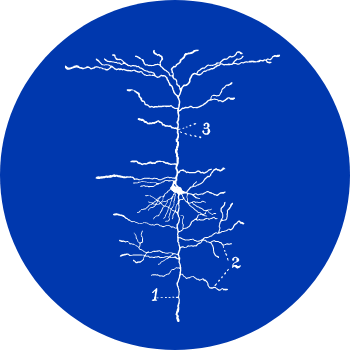 A changing paradigm for treating the brain

Reframing the brain as a “data organ”

The brain is fundamentally an information processing system. It receives information about the world through the senses, processes that information, and sends control signals to the muscles to respond to the environment. In the same sense that the heart is a “fluid dynamics organ,” and the kidneys are a “filtration organ,” the brain is a “data organ.” When a heart fails, it may be assisted by a pump. When the kidneys stop functioning, a dialysis machine may help with filtration. We need an analogous solution for brain conditions that do not have immediate biological solutions: Interfacing with a data organ requires a data interface. [Learn more about the brain as a data organ in this NeuroExplainer.]

Device-based treatments have been increasingly used for brain-related conditions. Notably, deep brain stimulation (DBS) was approved for commercial use in 1997 and has since been used to treat over 150,000 people in the US alone. Further, electrocorticography (ECoG) has been used intraoperatively to diagnose and treat epilepsy. The responsive neurostimulator (RNS) is a chronically implanted device that is routinely used for long-term treatment of some epilepsy patients. The RNS system detects seizure activity in the brain and administers a small burst of electrical stimulation to bring the brain activity back to normal. For these conditions, neurosurgically implanted devices have become the safe, accepted standard of care and have set the stage for the use of more advanced neural implants, such as BCIs.

From academic trials to marketable solutions

During the time that DBS and RNS devices were gaining commercial traction, more advanced BCI devices were showing incredible promise in the clinical research setting. BCIs have been used successfully as assistive communication devices, prosthetic controllers, artificial eyes, and even treatments for mood disorders. Over the last decade, several BCI startups have emerged from the academic BCI ecosystem and more recently attracted significant attention and capital; a handful of these expect to begin clinical trials within the next 12-18 months. We now stand at the threshold of robust, commercially successful BCI-based products coming to market.

What is different now in 2022 versus when BCI first arrived on the scene? While no single factor led to the explosion of BCI progress and interest in the last five or so years, a confluence of favorable technology trends combined with a critical mass of investment and talent has made BCI a fertile ground for venture-backed startups. Here, we consider both the top-down, systemic factors and the bottom-up, technology development factors that make the timing right for the BCI industry to flourish.

The US is currently experiencing two acute public health epidemics: rising opioid addiction (often subsequent to pain treatment) and declining mental health. Even before 2020, progress against mental illness had stalled, but the COVID-19 pandemic has only exacerbated the problem. Pharmacology has hit a wall, with few new drugs on the horizon. An example of the failure of molecular-based therapies is the decade of Alzheimer’s research based on discredited theories related to amyloid beta plaques. Further, as average life expectancy rises, the incidence of age-related neurodegenerative conditions will also increase.

Number of American affected by...

In response to the decades-long malaise of drug treatments for brain health, the NIH has begun backing device-based therapy research through their HEAL Initiative and SPARC program. This follows two decades of investment into brain-computer interfaces by DARPA.

Over the past several years, commercial interest in neurotechnology has been increasing. In 2021 alone, $531 million in venture funding was raised for BCI start-ups, nearly four times the amount raised in 2020. Medical device and pharmaceutical companies are making plays in the space, as well. Abbott recently received FDA Breakthrough Device Designation for a device-based depression therapy. GlaxoSmithKline recently initiated a bioelectronics venture fund (Action Potential) and a joint venture company with Verily (Galvani Bioelectronics).

In 2010, Josh Makower, M.D., and several colleagues in the academic and the private sector wrote an influential report entitled “FDA Impact on U.S. Medical Technology Innovation.”

After analyzing survey results from the over 200 medical device companies polled, they concluded: “Unpredictable, inefficient, and expensive regulatory processes are jeopardizing America’s leadership position in medtech innovation.” Unfortunately, some neurotech companies founded in the 1990’s and early 2000’s struggled in that tortuous regulatory environment, leaving some investors wary of neural devices.

However, the FDA in 2022 is not the same FDA as two decades ago. In recent years, the agency has demonstrated an increasing attitude of collaboration that encourages progress in the neural device pipeline. In fact, many within the FDA Office of Neurological and Physical Medicine Devices have backgrounds in BCI. FDA representatives have been present at NIH and DARPA BCI program meetings to encourage early interaction with researchers and startups. Significantly, in response to recent commercial developments in BCI, the FDA proactively released a BCI guidance document, acknowledging:

In an effort to ease the path of these and other promising new technologies to market, the FDA has created a Breakthrough Devices Program to accelerate the development, assessment, and review process. The agency is in active talks with CMS to extend this acceleration status to the reimbursement process as well. To date, many neurological devices have received this designation, including some BCIs. Considering these changes within the agency, it’s time to revisit assumptions about the regulatory path for neurological devices formed over a decade ago.

The semiconductor industry is now well established, but in the early days of Silicon Valley, the field was not cohesive. There were no “integrated circuit engineers” in 1950. The pioneers of Fairchild, Texas Instruments, and later, Intel, were a motley crew of applied physicists, chemists, analog electrical engineers, industrial process-engineers, and mathematicians. The integrated circuit revolution was based on contributions from all these disciplines and, more importantly, arose from interactions between these disciplines. That early social and technical ecosystem was a critical component in the formation of a new industry.

Today we see the same concentration of talent at next-generation BCI companies like Paradromics and Neuralink. These multidisciplinary teams have been working together on integrated systems for over five years, and the employees at these companies are truly “neural engineers” where they were once electronic engineers, neuroscientists, or data scientists. Like the ecosystem that spawned the semiconductor industry, these smart, agile teams have built a nascent industry from what were once many disparate fields.

In the last two years, research trials have demonstrated clinical benefits from brain implants that justify further investment in the field. A tetraplegic patient used BCI to type 18 words per minute by imagining handwriting. A woman received a closed-loop brain stimulator to successfully treat her depression after years of failed attempts using pharmaceuticals.

These cases are not one-off demos or scientific oddities; they are among increasing examples of viable BCI therapies. Moreover, the initial markets for these first-generation products are large enough to sustain a growing platform business. For example, BCI-based assistive communication for those with severe speech-motor impairment represents about 150,000 patients and an over $20 billion market.

High data-rate neural recording technology is now possible, expanding both the scope of BCI applications and their ultimate performance. For the first 100 years of neuroscience, the number of recordable neurons doubled approximately every seven years. In the last five years, the doubling rate has approached two years, as neurotech leverages the powerful tools of the microfabrication and microelectronic packaging industry. The two leaders in high data-rate BCI, Paradromics and Neuralink, are currently fielding preclinical devices with ten times the amount of data of the current leading clinical BCI, and both have announced plans to begin studies in humans in 12 to 18 months.

Advancements in AI and computing

To be useful, the neural signal data recorded by a BCI must be mapped to clinically meaningful variables or control signals. Clinically meaningful data is not obvious from analyzing the raw data; this useful data is in a lower-dimensional, latent space that is discovered through the use of machine learning techniques. High data-rate interfaces collect neural signals from hundreds or even thousands of electrodes. For advanced clinical application, this massive data stream must be converted into actionable signals in real time with low latency. This presents problems in both model development and local compute power. [To learn more about techniques for handling large-scale neural recording, listen to this episode of Neurotech Pub.]

Today, these problems are solvable even for devices with over 1000 electrodes—as the result of exponential trends in computing, advances in neural networks, and ten years of fruitful application of modern data science to neural decoding. The field has developed frameworks for analyzing neural data and enabled fast training of new models. Moreover, GPU-based processors are available in the appropriate form factor and power usage for applying these models in real-time.

The Utah Array was first developed during the AI winter that began in the late 1980's. Nascent neural decoding models had not yet incorporated concepts from control theory, dynamic systems theory, natural language processing, or deep learning. Since that time, major advances in machine learning and in neural decoding have been mutually supportive. Additionally, the cost of computation has plummeted—both in terms of dollars and watts. The top-of-the-line supercomputer in the 1990's is roughly equivalent to an ultraportable NVIDIA Jetson from the late 2010's, and the current generation of Jetson products is five times more powerful still. By the time the next generation of BCIs receives commercial approval, the necessary computing resources will exist on a consumer grade smartphone.

A timeline of major developments in AI, computing, and BCI capabilities are summarized in the table below.

The time is now for BCI

Brain implants have become standard practice for serious medical conditions such as essential tremor and Parkinson’s disease. Clinical BCI studies are demonstrating life-changing capabilities for the patients that participate in them—from thought-controlled typing to treatments for depression. This clinical experience, along with a culmination of technical advancements, has served to de-risk the practical therapeutic application of next-generation BCI implants. We now stand at the threshold of robust, commercially successful BCI systems coming to market. At Paradromics, we’re excited to work on the forefront of BCI at this crucial time for the industry.